The Biggest Day in Our History?

Regardless of how the pandemic has affected you, in a few short weeks we will be holding what many believe (including me) is the most important national election in our lifetimes to date. The Country has gone through an awful lot this year, and I know the vast majority just want 2020 to end.

However, how 2020 ends will be greatly affected by what happens on November 3rd ....I am not going to express my political views here, but even though most probably have made up their own minds how they are going to vote, as businesses, you should take a look at each of the Candidates Platform on Taxes.

I just want to encourage you to get out and vote ...and make sure your vote gets counted.

Also, included in this edition are a few important reads that we are sure you will find of benefit. Please let us know what you think at the bottom of this newsletter, and especially provide any other topics you would like to have included in the next one.

We are always here to help small businesses succeed and be profitable.

Can it Happen to Your Business?

One of the most devastating events that can hit a micro or small business is when a trusted employee is found to have taken assets or money from the company. This act of embezzlement has caused great pain for many small businesses not just from the financial loss. Many times an employer will say "he/she was the last person I would ever have expected to steal from me" as he/she was totally and completely trusted. The loss of trust in these situations can sting even more than the monetary loss for much longer. It is critical business owners must constantly be diligent against theft, and the most common type of theft is by trusted employees. There are some of the telltale signs that an employee is embezzling and below are some tips for protecting your business from this devastating loss.

There is also a potential for recovery of the embezzled funds, but often employers decide not to prosecute. This only allows the past employee to do it again to another business in the future. So what is embezzlement? Embezzlement is theft or misappropriations by employees, or trusted others, in a business. Most embezzlement involves a theft or diversion of company funds/assets to the employee. According to a 2012 report from the Association of Certified Fraud Examiners (ACFE), "the typical US business loses 3% of its annual revenues to employee fraud" and small businesses have the most cases and the highest losses. From the 2017 Hiscox Embezzlement Study, "Funds Theft" is the most common embezzlement scheme, used in more than one-third of all cases, followed by "Check Fraud" at 22%. "Funds Theft" is most commonly perpetrated by women at 56% while 70% of check fraud cases occurred at companies with fewer than 100 employees. Although there is no "typical" embezzler, the Hiscox report points to several common characteristics of white collar criminals, including:

Many business owners blame themselves for allowing theft to happen, and this is probably one of the main reasons so many embezzlers go unreported to the law enforcement agencies. The warning signs are often subtle, but there are usually many patterns or behaviors that are common. Business owners should pay attention to the warning signs and common schemes of an embezzler in order to identify areas where they can tighten security and implement controls to manage their exposure. The Hiscox Study has also identified five common characteristics to watch for:

Additional Signs in smaller businesses are:

Employees Are Ingenious Regarding Their Various Methods of Embezzlement, but there are ways to minimize the risks to your business. Embezzlers typically need three things to get away with a crime - means, motive and opportunity. In smaller businesses having one person in charge of all aspects of your company's bookkeeping/accounting without oversights, controls, or just spot check audits is the first ingredient in an embezzler's formula.

In many businesses we work with, there are management systems which handle the daily operations and then interface into an accounting system. Both of these systems should always be in balance, and each has several controls built into them to ensure certain processes are not compromised, if they are setup properly.

If you use QuickBooks, we have setup process controls and performed audits for clients to eliminate the means and uninhibited opportunities an employee would have to devastate your business in the future. Contact us if we can assist you in any way. This simply is not a risk you should have to face alone.

Ready for the New 1099-NEC Changes and Requirements?

There have been major changes for your business in regards to the new 2020 1099 form and their requirements.

The Internal Revenue Service has resurrected a form that has not been used since the early 1980s, Form 1099-NEC (the NEC stands for non-employee compensation).

Are you prepared for these ?

We are pretty sure you are not ...

This older form will be used to report non-employee compensation in place of the 1099-MISC, which has been used since 1983 to report payments to contract workers and freelancers. Form 1099-MISC has also been used to report rents, royalties, crop insurance proceeds and several other types of income unrelated to independent contractors.

The revival of the 1099-NEC was mandated by Congress with the passage of the PATH Act back in 2015. However, there have been some complications with implementing the form, so its use has been delayed. It will now make its return debut in 2021 for payments made in 2020.

The reason for the change is to control fraudulent credit claims-primarily for the earned income tax credit (EITC), which is based on earned income from working. Scammers were filing tax returns before the normal February 28 due date for 1099-MISC, which does not give the IRS the time to cross-check the earned income claimed in the returns. As a stopgap measure, 1099-MISC filings that included non-employee compensation were required to be filed by January 31, the same due date as W-2s, another source of earned income. By using the 1099-NEC for non-employee compensation, the IRS will be able to eliminate the problems created by having two filing dates for the 1099-MISC.

As a result, the 1099-MISC has also been revised, and Box 7-where non-employee compensation used to be entered-is now a checkbox for "Payer made direct sales of $5,000 or more of consumer products to a buyer (recipient) for resale." Other boxes after Box 7 have also been reorganized.

The 1099-NEC is quite simple to use since it only deals with non-employee compensation, which is entered in Box 1, and there are entries for federal and state income tax withholding.

If you operate a business and engage the services of an individual (independent contractor) other than one who meets the definition of an employee, and you pay him or her $600 or more for the calendar year, you are required to issue the individual a Form 1099-NEC soon after the end of the year to avoid penalties and the prospect of losing the deduction for his or her labor and expenses in an audit.

It is not uncommon to have a repairman out early in the year, pay him less than $600, then use his services again later in the year and have the total for the year exceed the $599 limit. As a result, you may have overlooked getting the information from the individual needed to file a 1099 for the year. Therefore, it is good practice to always have individuals who are not incorporated complete and sign an IRS Form W-9 the first time you engage them and before you pay them. Having a properly completed and signed Form W-9 for all independent contractors and service providers eliminates any oversights and protects you against IRS penalties and conflicts. If you have been negligent in the past about having W-9s completed, it would be a good idea to establish a procedure for getting each non-corporate independent contractor and service provider to fill out a W-9 and return it to you going forward.

IRS Form W-9, Request for Taxpayer Identification Number and Certification, is provided by the government as a means for you to obtain the vendors' data you'll need to accurately file the 1099s. It also provides you with verification that you complied with the law in case a vendor gave you incorrect information. We highly recommend that you have potential vendors complete a Form W-9 prior to engaging in business with them. The W-9 is for your use only and is not submitted to the IRS.

In order to avoid a penalty, copies of the 1099-NECs you've issued for 2020 need to be sent to the IRS by February 1, 2021. They must be submitted on magnetic media or on optically scannable forms (OCR forms).

We can assist you in preparing your 1099s for submission to the IRS. If you use QuickBooks, the program can produce them, but you must order the correct forms to print them. They cannot be produced from QuickBooks otherwise. We can provide recipient copies and file copies for your records.

Any business spends a great of time not only calculating what payroll is to be paid each pay period, but also there can be the processing, then the tax deposits, and then tax forms each week, month, quarter and year.

In all, for many businesses this can be a great burden on available time.

We have reviewed and worked with dozens of third party payroll services only to find that they have flaws that do not fit well with our clients, or they do not properly integrate into QuickBooks.

This forces manual distribution through a Payroll Clearing Account and journal entries to properly allocate the payroll to proper accounts. This once setup doesn't take a lot of time, but wouldn't it be nice to have a system that can be setup to import into QuickBooks, make processing payroll easy, and take the responsibilities of paying the taxes plus filing the forms from your busy days ?

ADPrun is the best and most reliable solution we have found for all businesses under 50 employees. We highly recommend them for our clients, regardless of operation size.

Check Out Your Options ...
We highly suggest you check out your options ... they are providing discounts that make this payroll service a great value, and very competitively priced. Click the button below and it will open a contact form to get a direct quote from a very knowledgeable District Representative we have found to be very helpful to our clients.

There is no obligation or "hard sell", just an opportunity to see how this may make your business life much easier and even less costly.

We have a large library of helpful QuickBooks Tips & Tricks, you can catch up on past issues by Clicking Here.

We also have a free self-help site with helpful procedures and videos at: QbHelp.us

Thank You and I look forward in sharing small business and QuickBooks Tips and Tricks with in the future ... 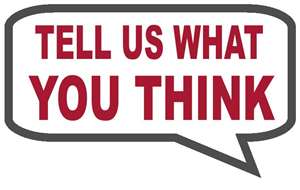 Please Tell Us What You Think About This Information By Clicking The Image To the Right .......

And ... Tell us what topics you will like in the future!